How is AI impacting the gaming experience?

AI has a multitude of common, everyday applications, from voice assistance to fraud prevention. It is also a major component in game design and development, especially when it comes to NPCs, the characters that appear on the map as the player interacts with the world.

This article takes a look at the ways in which AI interacts with the gaming world, how it is used in modern titles, and what it offers to players.

One way in which AI has interacted with the world of gaming is as a competitor. Complex strategy games are something of a playground for developers to refine the power and functionality of an AI system, and prove its potential.

It’s easy enough for AI to learn that a straight flush beats a full house in a game like poker, but to consistently compete (and win) against the top players is a much more difficult task. An AI program called Liberatus has succeeded in beating pros at high stakes cash games, but typical bots wouldn’t have a chance.

Way before that was possible, back in 1997, IBM’s DeepBlue beat world champion chess player Garry Kasparov. More recently, an AI called KataGo became a consistent winner at the highest level playing Go, one of the most complex games in the world.

For players, the idea of AI beating human opponents might be irritating, although it at least leaves plenty of room for learning more about game theory and strategy. But AI is not only being used to compete. It is also being used to enhance video games.

AI has been around for a very long time in gaming. Think about those little ghosts that followed Pacman around while he was trying to eat blocks. Each was programmed with its own personality and set of actions, such as to ruthlessly pursue Pacman or to cut him off at a different part of the map.

NPCs (non-playable characters) are ‘extras’ that inhabit and roam the fictional game world. The behaviour of NPCs is determined by increasingly sophisticated algorithms, following decision trees according to environmental factors and player actions.

The NPCs in Red Dead Redemption change how they interact according to a number of factors, down to what hat you are wearing, making for a huge matrix of possibilities that adds uniqueness and variety to every playthrough.

In Middle Earth: Shadow of War, NPCs remember every action that you take, change strategy and equipment based on how you approach the game, and will betray or follow you depending on past deeds.

These actions are still mostly preprogrammed. As AI develops, NPCs in modern games will utilize machine learning to adjust their own actions – learning on the job, so to speak.

Another area where AI has been influencing gaming is at the development phase. Procedurally generated games use algorithms to generate aspects of the design from music to the entire landscape.

Minecraft, for example, takes a seed and generates a map with a random distribution of resources, creatures and objects. The Borderlands series has used AI to procedurally generate over one million weapons and pieces of equipment, far more than a game designer would ever manually create.

No Man’s Sky takes players on a vast exploration of space that is entirely procedurally generated. It is the biggest game in the world, with 18 quintillion planets set in an entire digital universe, each with its own landscape, flora and fauna. The space has been generated from a single seed, meaning players can actually meet up in the same location within the game.

How has AI impacted gaming?

The increasing sophistication of AI used in gaming, a result in part of the increased access to investment funds now available to developers, has led to several improvements for players.

With procedurally generated games, developers have been able to make vast worlds at a fraction of the production price. The increased randomness means that players are treated to a less predictable experience, with each playthrough able to be vastly different to the last.

However, there is a potential downside here too. As mentioned earlier in the article, AI has also been created that can beat the best human players at their own game.

If NPCs get too smart, it could jeopardize the fun to be had, instead replacing it with intense responsibility – and it is responsibility that we tend not to want when gaming. We want our actions to be inconsequential compared to real life. If NPCs react to every little action, the player could find themselves tiptoeing around rather than exploring a world.

When it comes to procedurally developed worlds, again the key is in the balance. If games are too big to ever fully explore or complete, players could get frustrated, and game worlds could lose the human touch that makes the design so enthralling in the first place. 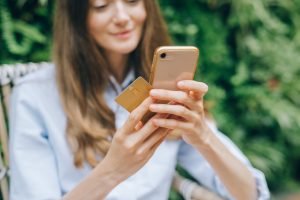 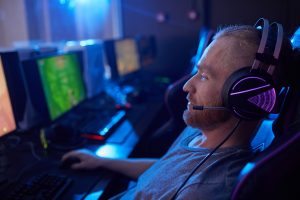